Proof of the Moon Landing 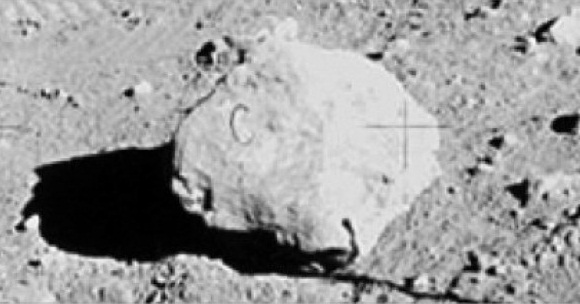 An argument that is constantly used by conspiracy believers is that in one of the photos that were supposedly taken on the moon had a rock with the letter ‘C’ printed on it.  Conspiracy believers say that this rock was obviously a prop used on the set where they filmed the moon landing.  However, when you get your facts right you will see that on the actual recording of the moon landing there was no 'C' rock.  The 'C' Rock has been added into the film after the landing to try and make people believe that the moon landing was fake.
Powered by